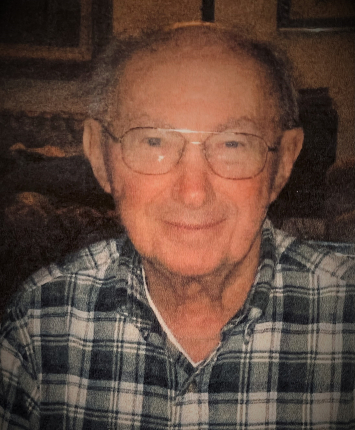 Harold, 98 years old, passed away at The Bristal in Lake Success on Dec. 11, 2021. Harold or Woody, as he was often called, was born and educated in Syracuse, New York. After high school, he joined the Air Force and served for the duration of World War II. Following his service, he attended the University of Illinois in Champaign Urbana and graduated with a degree in accounting. He then moved to NYC and attended NYU. During his studies, he was approached by a classmate employed by RCA, who recognized Woody’s potential and offered him an interview. This led to a successful 38-year career during which Woody held a variety of financially related jobs. Attaining the position of Business Manager for the publishing division of RCA records was a highlight of his career.

In 1972, Woody married Nancy Neary, an elementary school teacher. They moved to Garden City the next year. When he retired from RCA, Woody did consulting work and pursued his interests in tennis and bridge.

When Nancy retired, they bought a home in Delray Beach, Florida and became “snowbirds”. Woody competed in the Palm Beach Senior Men’s Tennis League and also engaged in sharpening his bridge and poker skills. He enjoyed an active social life with his wife and new friends. Woody’s Calm and positive nature was appreciated by all.

When traveling became too difficult, Woody and Nancy returned to living year-round in Garden City. Woody is survived by Nancy, his beloved wife of 49 years, and many caring nieces and nephews.