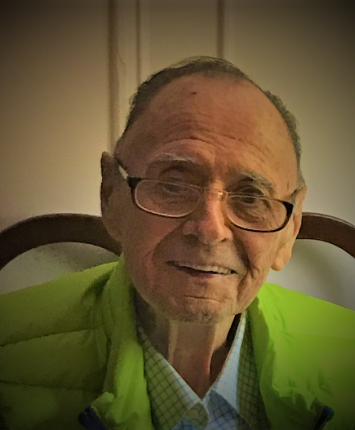 During this time the Jaeger family requests that masks be worn during the visitation at Fairchild's, whether the individual has been vaccinated or not. We greatly appreciate your cooperation in this matter.

Lawrence Jaeger, 89, of Garden City, passed away peacefully on Friday,
November 5th , 2021 surrounded by family.
Born and raised in Glendale, NY, he then served his country and became a
proud Korean War Veteran.
After meeting and marrying Peggy in 1956, they eventually settled in
Garden City where they raised their family.
Larry was an active member of St. Joseph Church and strong supporter of
St. Joseph School where all 6 children graduated.
He was a firm believer in education and religious values.
Larry was a respected instructor of the Dale Carnegie Course to the
betterment of thousands.
He enjoyed a successful career in the textile industry, eventually opening
and owning Winland Mills with his son, Robert.
Larry was a great host of innumerable parties in Garden City, Windham
and Amagansett to the enjoyment of many.
Predeceased by his beloved wife, Margaret (Peggy) and youngest child
Robert (Elvira). Adored father of Lawrence Jr. (Peggy), Kathleen (David),
Mary (Al), Patricia (John), and Anne (Lee). Loving Grandfather to
Erin (Mahen), Alison, William (Rebecca), Kerri, Jennifer, Samantha, Grace,
Emma and Jackson; and great grandfather to Ian. In lieu of flowers donations may be made to Hope House Ministries.