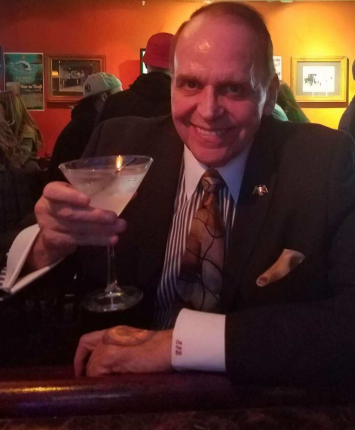 In lieu of flowers donations may be made to  NY Presbyterian Transplant Center or to the Gary Sinise Foundation  https://www.garysinisefoundation.org/donate.

STEPHEN J. BROWAND (1950-2021), known best to family and friends as Steve, passed away on December 17th at the age of 71, following complications from an organ transplant.

Born in Scranton, PA to Charles and Eleanora Browand, he and his sister Ann (deceased) moved to New York City when Steve was 10 years old.  He attended La Salle Academy, eventually enlisting in the US Naval Reserve where he was stationed in Rota, Spain, and served honorably as a Corpsman, medical training that he often called upon throughout his life.

Steve was a driven, and highly respected, businessman.  His work experience began as a stock clerk in his late teens at MH Lamston, eventually working up through the management ranks to achieve the title of President.  It was during his tenure at Lamston's that he attended New York University (NYU), studying Business Administration, though he could have taught many of the classes based on his real world experience.

He had a passion for international business, developing his career with the UK-based Sock Shop, again holding the title of President of their US division.  Perhaps his greatest impact was with France-based Eastern Lobby Shops/Press Relay where he was President/CEO of the North American retail arm of Hachette Filipacchi Media.  His larger-than-life personality left an indelible mark on his colleagues across the pond who fondly referred to him as "Le Grand Americain".

Opting for a change of pace from corporate life, his later career path took him on several entrepreneurial adventures, ranging from running a car dealership, to launching a bio-tech development company, but his greatest passion was his time spent as a security consultant at NYSS.  This, coupled with his service as an Auxiliary Officer in the Garden City Police Department, enabled him to fulfill a lifelong interest in law enforcement.

Whatever life iteration he found himself in, Steve approached it full throttle with total passion and commitment.  He was a man who offered a lasting impression to all he met courtesy of his boundless charm, intelligence and tremendous humor.

He was a very proud American (GBA, as his usual post sign-off) and, having spent much of his youth on his grandparents' farm in PA, he was also an avid outdoorsman, especially in his early years, when he looked forward to his fishing and hunting trips.

At the center of it all was his family and Steve was a loving husband to wife Anita (Ana) for 33 years as well as a devoted father to children Heather and Steven (deceased) with former wife Marie; and Ashley (deceased), Evan and Ariana.

The family requests that in lieu of sending flowers or other remembrances, you make a donation to NY Presbyterian Transplant Center a  https://www.nyp.org/giving or to the Gary Sinise Foundation  https://www.garysinisefoundation.org/donate, honoring defenders, veterans, their families and those in need.