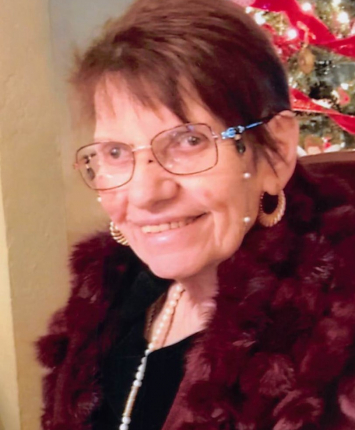 We are heartbroken to announce the passing of Margaret McCarthy on
September 22, 2022. Margaret was in the company of her entire family in her last
days at Calvary Hospital in the Bronx. Our Queen is resting in heaven.
Margaret is survived by her husband Arthur of 65 years and her son Brian,
Mary Ellen, and Lynn Ann. Margaret, affectionately called Nanny, was a
wonderful grandmother to Arthur, Kathleen, Brian, Tore, and Christopher. This
kind lady was also a special great-grandmother to little Marlee-Marie.
Margaret was born and raised in Brooklyn. She met Arthur, the love of her
life, as a young teenager. They were soon married and purchased their first home
in Brooklyn while always sacrificing for their children’s educations, vacations, and
advancements. True to her nature, each home improved upon the last.
She was an intelligent, successful executive. She worked hard all her life in
different professions before settling into a productive career where she earned
multiple promotions at Heidelberg Eastern. Margaret oversaw east coast
operations in her title as Regional Manager.
The personal and professional example she set was inspirational. But in her
role as family matriarch, she was unsurpassed. She instilled and brought us
happiness and pride. Happiness in togetherness and pride in ourselves. From this

foundation, she left her eternal impression on the next generation of families through

her loyalty, generosity, and intelligence. We are all so grateful to have had her in our lives.