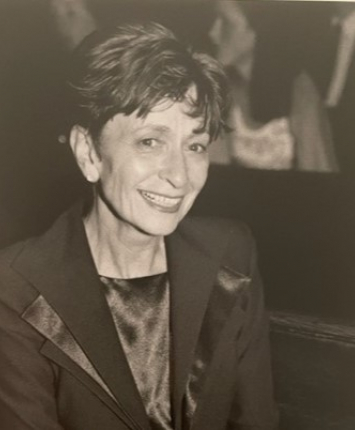 In lieu of flowers, the family requests that donations be made to the The Hagedorn Little Village School.

Kathleen A. Kelly passed away peacefully on Wednesday, August 10, 2022 with her loved ones by her side. Kathleen (Kathy) was born July 27, 1943 in Summit, New Jersey to John and Frances Doran.

Kathy grew up in Short Hills, New Jersey and Manhasset, New York along with her eight siblings where she attended St. Mary's Grammar School and St. Mary's Girls' High School. Kathy continued her education receiving her nursing degree from The Misericordia School of Nursing, her bachelor's degree from Boston College and her master's degree (MS) in nursing from New York University.

Kathy's career as a nurse spanned over 50 years and included multiple hospitals throughout New York City and Long Island. At the end of her career Kathy was a teacher at Molloy College in Rockville Center, New York , where she loved her students and thoroughly enjoyed teaching and engaging with them.

In 1974 Kathy moved to Garden City, New York where she resided for over 48 years while raising her six children, Michael, Sarah, Timmy, Kate, Eileen and Liam. She was a parishioner at St. Joseph's Roman Catholic Church in Garden City where she attended mass regularly and frequently found comfort and solace.

Kathy was a loyal friend and deeply devoted to her family. She loved nothing more than family gatherings of all sizes with her six children, seven grandchildren, 8 siblings and 24 nieces and nephews. Those who knew Kathy were blessed to experience her great sense of humor, her sharp intellect but most of all her overwhelming kindness and compassion for others.

In lieu of flowers, expressions of sympathy may take the form of donations to The Hagedorn Little Village School in Seaford, New York. The Little Village School is a special education school committed to children with developmental disabilities. The school holds a special place in the Kelly family's hearts as Kathy's daughter Eileen attended the school for a number of years.