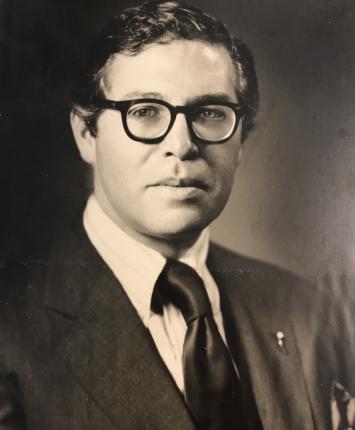 Dr. Carl Austin Weiss, Jr. died on Thursday, August, 1, 2019 in Palm Beach Gardens, Florida. He was born June 7, 1935 in Baton Rouge, Louisiana to Dr. and Mrs. Carl Austin Weiss.  After graduating from College of the Holy Cross in 1954, he earned his medical degree from Columbia University College of Physicians and Surgeons.  In 1961, he married Mary Jane LaCorte and together they had three children.  After serving two years as a Captain in the Air Force at Barksdale Air Force Base in Shreveport, Louisiana,  Dr. Weiss practiced orthopedic surgery at Garden City Orthopedics on Long Island, where he and Mary Jane raised their family. In retirement, the couple shared time between Westhampton, NY and Palm Beach Gardens, FL until Mary Jane's death in 2015, after which Carl took up permanent residence in Palm Beach Gardens. Preceded in death by his father Dr. Carl Austin Weiss, Sr. and his mother, Yvonne Pavy Weiss Bourgeois, PhD, he is survived by 3 children Christina Weiss Terranova (Joe), of  Melrose, Massachusetts, Carl A. Weiss III MD, PhD (Anne), of Skaneateles New York, Gretchen Weiss Dubit (Gregg) of Durango, Colorado and 8 grandchildren.

Memorial services will be Friday August 16th from 10am to 12pm at Fairchild & Sons Funeral Home in Garden City New York with a subsequent graveside ceremony to he held in Louisiana at a later date.  In lieu of flowers, memorial donations may be made to The New York Foundling 590 Avenue of the Americas, NY, NY 10011.  https://www.nyfoundling.org/