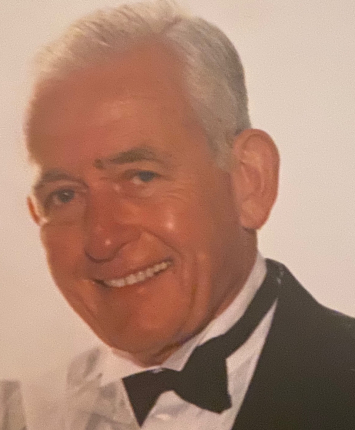 A man of sharp wit and intellect, John grew up in Brooklyn and Richmond Hill; he later graduated from La Salle Military Academy in Oakdale, NY and Fordham University in the Bronx. Fordham held a special place in John’s heart, and the Jesuit philosophy of “Men and Women for Others” informed his entire life. He was an Aerial Navigator in the Air Force and was also a dedicated student and educator. He earned both his Master’s in Business Administration and Doctorate of Education from Hofstra University. He spent almost four decades at Nassau Community College, where he lived and worked as a Professor and Associate Vice President, before retiring to South Glastonbury, CT. He was committed to his communities and was very engaged civically as a founding member of the Fordham Alumni Club of Long Island as well as the Friendly Sons of St. Patrick of Long Island. He was a member of the Irish American Society of Nassau and Suffolk, the Ancient Order of Hibernians, the Irish American Home Society, the Leitrim Society, and served many roles including Grand Knight and District Deputy of the Knights of Columbus.

John was also a devout family man. He was married to the late Ann B. McGovern (Martin) for sixty years, and together they would return to his beloved County Leitrim, in Ireland, as often as they could to visit family and friends. John will be deeply missed and fondly remembered by his family: his three daughters and their spouses, Barbara and Thomas Pescuma of West Islip, NY, Coleen and Victor Antico of South Glastonbury, CT, and Deirdre and Brian Moore of Glen Rock, NJ; his sister, Maureen McGovern; his sisters in law Bridget McGovern and Sister Eileen Martin S.C.; as well as his grandchildren, Thomas and Maria, Nicholas, and Michael Pescuma; Stephen, Jack, and Katherine Antico; Patrick and Anne Moore; and his three great grandchildren, Thomas, Bianca, and Jeremy Pescuma. John was beloved by his nieces and nephew as well as his many cousins both here and in Ireland.

Friends and relatives may pay their respects to the McGovern family, Sunday, January 9, 2022 from 2 – 6 PM at the Fairchild Sons Funeral Home, 1201 Franklin Avenue, Garden City, NY. A Mass of Christian Burial celebrating John’s life will be Monday, January 10th at 10:00 AM in the Church of St. Anne, 35 Dartmouth Street, Garden City, NY. John will be interred in the family plot in St. John Cemetery, 80-01 Metropolitan Avenue, Middle Village, NY 11379.