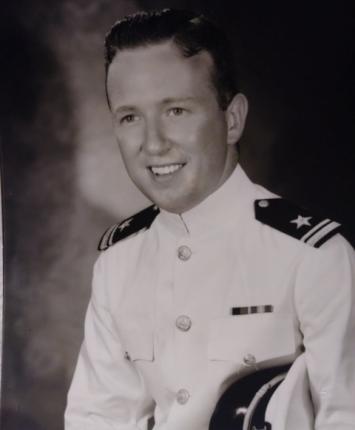 John Patrick Fucigna of Garden City and Quogue, NY entered into eternal rest surrounded by family on December 22, 2019. John is survived by his dedicated and loving wife Jane Francis (Fagan) of 61 years along with his five children and their spouses, John Thomas and Leslie (Graves) of Darien, CT, Dr. Robert and Dr. Carol (Clark) of Stamford, CT, Brian and Theresa (Vaughan) of East Moriches, NY, Michael and Jacqueline (Weihs) of Fairfield, CT and Jane Ellen and Brian Logler of Garden City, NY. John is also survived by his sister, Maryann (Staudenmaier) and her husband Bill of Boca Raton, FL as well as his Sisters In-Law Carol Fucigna of Norwalk, CT and Sr. Kathleen Fagan, RSHM of New York City. John was predeceased by both his parents Joseph and Mary Fucigna, as well as his brothers Joseph and Thomas. John and Jane also have 14 loving grandchildren and numerous nieces and nephews that will miss him terribly.

John was born on November 21, 1931 in Flushing, NY and enjoyed working with his father in the family tile business in Great Neck, NY throughout his high school and college years. He graduated from Villanova University in 1954 from the NROTC program with a BS in Economics before being commissioned as a LTJG in the US Navy in the summer of 1954. John served proudly and with distinction aboard Destroyers USS Steinaker and USS Camp in the North Atlantic and Mediterranean where he developed his love for travel. He so enjoyed his time in the Navy that he would for many years tell of the travels and stories and share pictures of his adventures. John would leave the Navy after his service and utilize the GI Bill to attend Columbia University where he would receive an MS in Business in 1958, before joining Chase Manhattan Bank.

It was during his Navy years that he met his betrothed Jane through a mutual friend and they married on June 28, 1958 in Westhampton Beach, NY where the mass was con-celebrated by his future brother in-laws, Msgr. John and Msgr. Emmet Fagan. John and Jane started a family in Midwood, Brooklyn and eventually moved to Garden City where they raised their 5 children.

John left Chase Manhattan Bank and went to work in the Treasurer’s office of Martin Marietta in New York City where he would eventually rise to the position of Asst. Treasurer before leaving for Bowater, Inc. in Old Greenwich, CT in 1976. He  made the drive daily to Connecticut, without complaint, for over 20 years from his family home in Garden City, NY until his retirement from Bowater in 1993 where he retired as Executive Vice President, Finance.

John enjoyed playing tennis, skiing, running and biking as well as traveling the world with Jane. In his later years, he loved being at the beach at The Surf Club in Quogue, NY where he would sit for endless hours watching his children and grandchildren play in the surf.