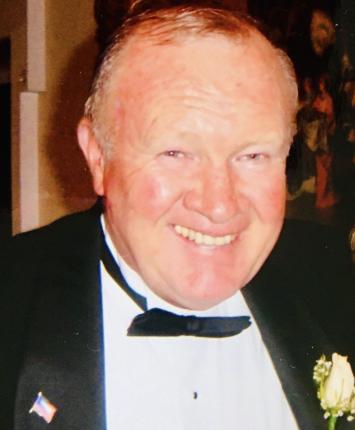 Garden City - Dennis Collins, 78, died unexpectedly in his home on May 5, 2020, leaving behind
his wife, Joan, with whom he celebrated fifty years of marriage in December; his four loving
daughters, Suzanne (Greg), Nancy, MaryBeth (Patrick), and Patrice (Jack); and his beloved
grandchildren Gregory, Caitlin, Elizabeth, Maggie, Riley, Quinn, Finley, and Dennis.
Born in Boston, raised in Long Island, Texas, and the Bronx; Dennis attended St. John’s
University in Brooklyn and embarked from there on his career as an entrepreneur in the printing
industry.

He was a passionate sports fan who loved attending Giants games, watching Red Sox baseball,
and attending any college basketball game he could, especially his beloved Johnnies. His love
of sports was second only to his devotion to his family, friends, and community. He spent hours
watching his daughters play sports and his booming voice was known far and wide. He was the
dedicated associate coordinator of St. Mary’s girls CYO in Manhasset for more than fifteen
years. For more than two decades, he coached girls in track and basketball and left a lasting
impression on those he coached and mentored.

His deep faith was important to him and guided his path. He shared and instilled those values in
his family. His determination, heart, and perseverance inspired all he met. He will be deeply
missed. In lieu of flowers, please make a donation in his name to the Mary Brennan INN of
Hempstead, an organization he valued that embodies the beliefs he lived by. A memorial mass
will be held at a later date.