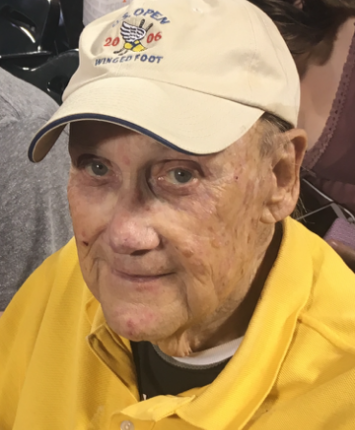 Donald Carss passed away peacefully on November 20, 2021 at age 93. Reunited in Heaven with wife Helen and son Steven. Survived by son Bob and beloved grandchildren Brian, Matt and Sarah of Cary, NC as well as many loving nieces and nephews who were incredibly good to him. He also had the best group of neighbors anyone could ask for that helped him live independently until his passing.

A purple heart recipient in the Korean War, Don was a proud graduate of Lynbrook High School, Bucknell University, and the NYU Stern School of Business. He had a distinguished banking career at various banks including Chemical Bank, Security National, Long Island Trust and Apple Bank. He found great joy in being a youth athletics coach with St. Anne’s CYO and the GCAA and loved seeing his former players around town as they grew and had families of their own. Mostly he relished his role as devoted husband, father, grandfather, uncle, neighbor and friend.  He will be missed.