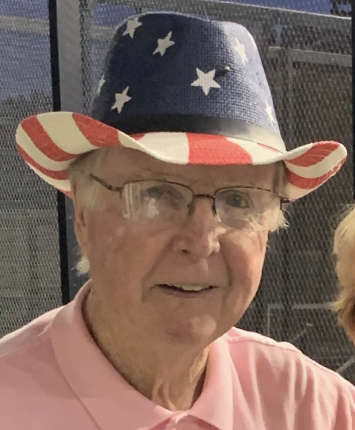 McElroy – Gene McElroy of Garden City, NY and Southampton, NY, passed away peacefully surrounded by his wife and children on May 27th, 2022, at the age of 79 in Manhasset, New York after a courageous battle with heart disease and Leukemia. He was born in Astoria, New York on July 2, 1942, and was raised in Woodside, New York with many of his first cousins and closest friends. The son of Irish immigrants, Patrick Joseph McElroy from County Monaghan and Margaret (Delaney) McElroy from County Mayo, Gene was the youngest of four siblings - Joseph (Joe), Margaret (Peggy) and Patrick (Buddy). Gene was a 1956 graduate of St. Sebastian School in Woodside, N.Y. and a 1960 graduate of St. John’s Prep in Brooklyn, N.Y.  Gene earned All New York City football honors and went on to Hofstra University to play football and pursue his undergraduate degree - graduating in 1964. He began his career in sales, but ultimately found his calling in life by joining the United States Drug Enforcement Administration as a Special Agent where he served with pride. He made a big impact by working on many high-profile cases, gained the admiration of his fellow agents, and met many great friends. After retiring from the D.E.A., he attended Law School at Hofstra University and graduated in 1987. This commenced his second career as an attorney where he joined the Nassau County District Attorney’s office serving as an Assistant District Attorney for five years. After leaving the D.A.’s office he started his own law firm with his daughter Kristen where he fulfilled his dream to “be your own boss”. In parallel, he was employed by the National Football League as a legal and security representative where he worked for the New York Jets for 13 years. He worked as an adjunct professor at Long Island University, C. W. Post teaching Criminal Law. He enjoyed playing golf, spending time in North Sea Beach Colony with friends and family, and being a coach and spectator for his children’s and grandchildren’s games.

He is survived by his beloved wife of 53 years, Catherine (Ormiston) McElroy, and his four children Patrick (Kerri Ann) McElroy, Keri (Billy) Reilly, Jeanne Marie (Scott) Buccellato and Kristen (Matt) Prybylski. He is also survived by his thirteen grandchildren who brought tremendous joy to his life - Katie, Patrick, Maggie, Colleen, Brendan, Kellin, Ryan, Kasey, Timmy, Brynn, Daly, Kevin and Will, as well as his sister-in-law Patricia (Ormiston) Schumann and brothers-in-law Bob Schumann and Gary Cavanagh. He is predeceased by sisters-in-law Fran McElroy and Inez McElroy.