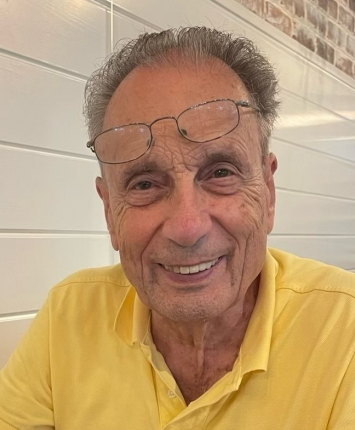 “God saw you getting weary, He did what he thought best. He put His arms around you and said, “Come and Rest.” He opened up his Golden Gates on that heart breaking day and with his arms around you, you gently slipped away. It broke our hearts to lose you. You do not go alone. A part of us went with you, the day God called you home…”

It is with deep sorrow and immense love that we announce the passing of Hans Joachim Alexander Schicht. He was 87 years old. He entered into eternal rest in the early hours of 10/6/22 at the Catholic Health Good Shepherd Hospice in Rockville Centre, NY. He was diagnosed with pancreatic cancer in August of 2022, and passed away shortly after.

He was a son, a husband, a father, a grandfather, a veteran, an entrepreneur, and an immigrant who successfully achieved the American dream. He is survived by his wife of 60 years, Marie Luise Schicht. He is also survived by his son, Derek Hans Schicht and his wife, Ami Hindia Schicht. He was a loving grandfather to Ben, Ava, Laila, and Zara Schicht.

He was predeceased by his daughter, Stephanie Schicht Guma & her husband, Alfred Guma, as well as his brother, Klaus Gunter Schicht & sister, Karin Eva Schicht Boskos.

His love of dogs lived through Caesar, Fritz, and Jeter.

He was born on March 30, 1935 in Berlin, Germany to Alexander & Eva (Mueller) Schicht.   He lived through World War II. He had many stories to tell regarding this time in his life.  He came to the U.S. in May of 1956. He served in the U.S. Army from 1957-1959. He married in 1961. Starting in 1964, he owned and managed Queens Industrial Refrigeration Supply Corp. in Jamaica Queens, NY, as well as several real estate properties in Woodmere, NY.

He was a member of the Cherry Valley Country Club in Garden City, NY & Naples Heritage Country Club in Naples, FL, where he loved to be  social and play tennis. He loved all of the sport teams in New York, especially the New York Yankees which he often took his son to their games as he was growing up.


In closing, thank you to everyone for all the prayers and love.  He was such a loved man, who was an inspiration to so many.  His family was his number one priority. He lived life to the absolute fullest. He had a zest for life that no one else could touch. He never stopped moving. His passport was heavily stamped. He was so hardworking, and had such attention to detail, even until the very end. He was a proud German and a proud American. His presence was enormous and will be greatly missed.