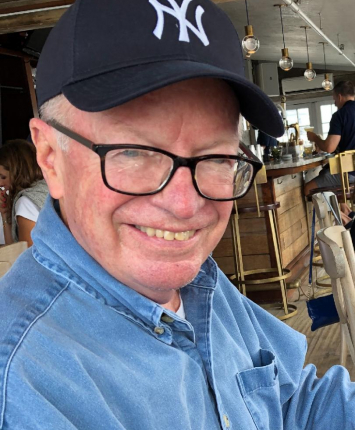 In lieu of flowers, donations can be made to Honor the Nurses of NYU Langone Hospital

It is with great sadness that we announce that Jack Kaiser, of Garden City, NY and Nantucket, MA died Thursday, January 19, 2023. Jack was the beloved husband of Mary Ann (Connors) for 52 years, the proud father of Liz McGinley (Tom) and Cathy, adoring grandfather of Owen, Jack and Maizie McGinley, brother of Suzanne Sweeney (Orval) and uncle of Scott Sweeney (Gloria) and Chris Sweeney (Kara).

Jack was born and raised in Baltimore, Maryland by Haldane and Lorraine Kaiser. Jack graduated from McDonogh School, Loyola College of Maryland and received his MBA in finance from American University. Jack was a veteran of the United States Army, and served time in Vietnam, where he was awarded the Bronze Star for valor.

Upon returning home from Vietnam in 1970, Jack and Mary Ann were married and settled in Garden City, where they raised their two daughters. Jack began his long career on Wall Street at L.F. Rothchild & Co. and went on to manage successful municipal bond departments at Lehman Brothers and Donaldson, Lufkin and Jenrette (DLJ).

Family meant everything to Jack, especially time spent with friends and family on Nantucket. He was an avid fisherman, loved to scallop, clam, kayak and bike the beautiful on and off-road paths all over the island. He particularly loved long family dinners at their home recapping events and activities from the day. His spirit will always be alive on Nantucket.

Jack was quick to smile when he saw you. He was soft-spoken, warm and welcoming. He was patient, kind, unhurried and had a great sense of humor. Mr. Equanimity to some, his gentle demeanor and easy-going nature were an influence and presence that will be missed by all who knew him. He was a true gentleman.