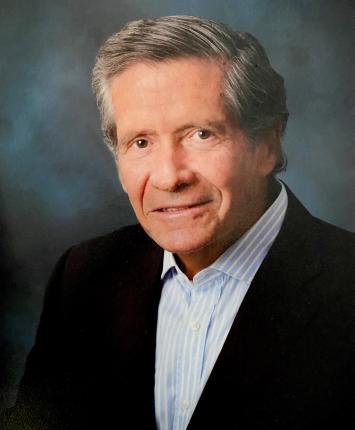 Service
Thursday, April 22, 2021
10:00 am
LIVE FUNERAL MASS AND LUNCHEON  The luncheon will offer a space for toasts, speeches and memories about Peter Negri to be shared.

Born November 6th, 1946 in Floral Park, NY to Frank and Doris, Peter attended Xavier High School in lower Manhattan.  He graduated magna cum laude from Boston College as an ROTC officer and member of the honors society.  After earning an MBA from the Tuck School of Business at Dartmouth, he entered the Army and served as an officer.  He was stationed in Fort Knox, Kentucky where he met Kaye.  In 1971, after an honorable discharge, Peter went into the family business with his father, Frank Negri.  At the time, Jamaica Bearings was a fledgling business run out of a single location in Jamaica, Queens.  For nearly 40 years, Peter led the company to great success, and then retired happily, spending time in Garden City, Cutchogue, and Naples, FL.

Peter remained active in retirement.  He served on the board of the Remington for 9 years – 4 of those as President - where he and Kaye lived when in Florida.   He was also a board member at the Bay Colony Community Association and the President of the Bay Colony Golf Club.  In retirement, he found time to further his long-held love for cars and golf, and over the years built many friendships through these twin passions.

Throughout his life, Peter was a dedicated resident of Garden City.  A proud member of the Garden City Golf Club, he also served as a Central Property Owners Association director and village trustee.  Peter was an active patron of the historical society and a fierce advocate for the preservation of St. Paul’s.  He devoted many years to save the school as the President of the Committee to Save St. Paul’s.

Peter was a benefactor to all of his alma maters, especially Boston College, where he maintained a scholarship in the Negri Family name and acted as the head of Alumni Admissions council for Long Island.  Peter was involved with many charities, and he was especially proud of his work with the Immokalee Foundation in Florida.

Peter was a loving and devoted husband, father, and Pop Pop. Peter and Kaye were married for 49 years and typically celebrated wedding anniversaries with their children and grandchildren, events during which he often expressed his endless affection for Kaye. Peter’s son Brian is the third Negri to serve as President of Jamaica Bearings, and his daughters Elizabeth and Christine work as an occupational therapist and social worker, respectively. He admired and loved them each. Grandchildren Noah, Amelia, Lucia, Alexandra, Cleo, Harrison, June, Santino, Samaya, and Eli all cherished their time with Pop Pop and Mamma K.

A man with great integrity and a strong moral compass, those around him regularly experienced Peter’s generosity, wisdom, intellect, and humor. In business, he was considered a mentor to many, and his loyalty toward employees earned him great respect.

Peter’s spirit will live on in memories of heartfelt toasts, Jack and Cokes, Sunday calls, and, when crossing the street, a guiding hand for grown children and grandchildren alike. Gone too soon, he will be sorely missed by all friends and family.