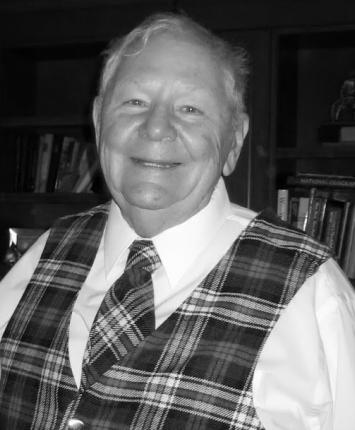 In lieu of flowers, donations be made to your local Alzheimer’s Association.

Born in Brooklyn, NY, he entered the Lawrenceville School in Princeton, NJ, in 1939. Prior to his senior year of high school, he enlisted in the US Navy and served in WWII as Electronics Technician, 2/c, aboard the USS Dixie AD-14 in the South Pacific and China Seas then continued in the Naval Reserves until 1950. Post war, he graduated from Lawrenceville in 1947 and from the Wharton School of the University of Pennsylvania in 1950. He worked as an electrical engineer at Sylvania, Sperry Gyroscope, and Fairchild Republic in the production of military aircraft until his retirement in 1980.

In 1953, he joined the Garden City Volunteer Fire Department serving in the Engine Company and as Chief in 1973.

Bob and Liz were married at St. Joseph’s Church in Garden City in 1948. They raised their 11 children in Garden City, first at 29 Cambridge Ave and then at 37 Brixton Rd. In 1980, they purchased the Belle Isle Marina and moved to Georgetown, SC, with their two youngest children. In 2003, they joined their daughter Laura in her home in Lexington, KY.