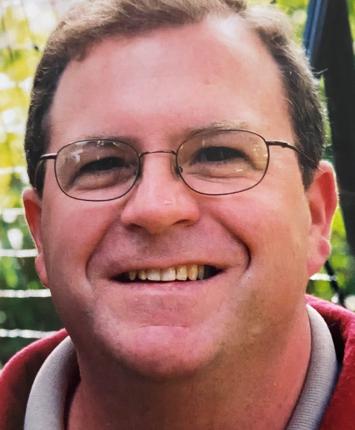 Robert John Jaeger, also known as “Bob” or “Bobby,” passed away surrounded by his loving
wife and daughters on September 3rd, 2020. Never wanting to be defined by illness, he quietly
and bravely battled kidney cancer for more than nine years. He was 56.

Bob was born in Brooklyn on November 6, 1963. He resided in Garden City throughout his life,
attending St. Joseph’s School and Chaminade High School ’81. He graduated from Fairfield
University in 1985 and met Elvira on January 17, 1987. They both lived in Bayside before they
married in November 1989 and settled in Garden City in October 1991.

Bob started his career at a young age with a local paper route, scooping ice cream, and mowing
lawns. After college, he became a talented salesman – textiles, office equipment, and later
Arizona Beverages. Though he was diligent and successful throughout his career, perhaps his
most prized role was that of a father.

He was a lifelong sports fan. His favorite teams were the Jets, Mets, and later Notre Dame
Football. This passion led to years of unforgettable family visits to South Bend and game
watches at home. He was endearingly known for his exceptionally sharp memory – dates,
details, phone numbers, and even license plates – which only enriched his storytelling abilities.
A true “meat and potatoes” man, the only green things Bob enjoyed eating were green jelly
beans, as he proclaimed unabashedly to any who offered him vegetables.

Bob was also known for his relationship with music. He fiercely believed it to be one of the
strongest forces on Earth and described that he could feel the power of music in his soul. While
he was fond of classic rock and had a great love for live music in its many forms, his greatest
passion was that of the Grateful Dead. The Dead’s body of work was the soundtrack to his adult
life – hundreds of concerts over decades of being a “Deadhead”, CD's on road trips, weekend
mornings on the stereo, or rocking out on his Walkman complete with air guitar.

The Grateful Dead are known for their energy and originality in live performances; they brought
their songs to life on stage with a magic that is difficult to articulate. In the same way, Bob’s
energy and humor were indescribable but unmistakable while in his company. Always quick with
a joke, he lived the example that laughter is healing. In all areas of his life, but especially as a
father – he made even the most ordinary moments into extraordinary memories, the most
average gatherings into lively parties, and the most mundane activities into magical adventures.

Bob shared this love of music with many. Memories of shows with him are treasured by his
lifelong friends, as well as his wife and later even his daughters. He spent weeks each year
meticulously crafting the playlists for the legendary Jaeger Christmas Party. With him as the
conductor, the action and dancing would steadily rise, culminating in a raucous crescendo which
inevitably lasted into the wee hours of the morning.

Bob was the youngest child of the late Margaret Wood Jaeger and Lawrence Jaeger. He is
survived by his loving wife of 30 years, Elvira Altimari-Jaeger, and his daughters Jennifer and
Samantha. He is also survived by brother Lawrence Jaeger (Margaret), sisters Kathleen Jaeger
(David Phillips), Mary Heuser (Albert), Patricia “TC” Ippolito (John), and Anne Jaeger (Lee
Hodges), as well as many loving nieces and nephews.

Bob was a warrior and faced his fight against cancer with tremendous grace and courage
always. His wife and daughters believe that it was their family’s love, laughter and the strength
he found in music that fortified him for so many years. Though he didn’t love hearing it, he was
an inspiration to many, and he will remain alive in the hearts of all who loved and cherished him.
~~~
In lieu of flowers (which Bob thought were beautiful but temporary and a bit useless…), we
humbly request donations to the Jaeger Family’s Sunshine Daydream Fund, which was formed
to support a cause close to our hearts. Instructions for donation and further details of the lasting
impact we hope to build can be found at https://www.gofundme.com/f/sunshine-daydream-fund.
~~~
Elvira, Jenn and Sam are conducting a collection of memories and stories from all who loved
Bob. These written sentiments are to be opened by us on a “rainy day” down the road, when we
want to experience a piece of him. Notes can be mailed to us at any time and will also be
thankfully received at the wake. The hope of this exercise is to bring new memories, or new
perspectives on old memories, of Bob with us into our future. Thank you very kindly.