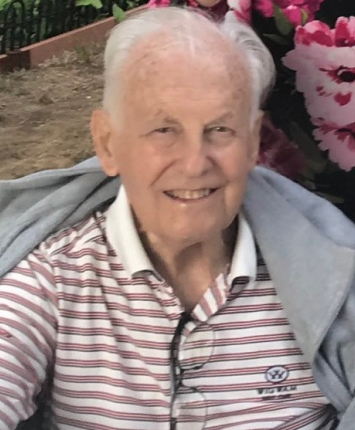 Born in Switzerland, he emigrated to the US in the 1950s and married his first wife, Jane O. Gerber, now deceased. Roger enjoyed a long career in the financial industry, first as a Partner at Fahnestock & Co, then at Janney Montgomery Scott, and later as a consultant. He was on the Board of Directors of several foundations including the Orvis Foundation, the now defunct Cathedral School of St Mary in Garden City, and the Liederkranz Foundation of New York City. He was also a contributor to many causes dear to his heart including the Mineola Chorale Society.  Additionally, as a devoutly religious man all his life, he was an active member of two churches, Trinity Episcopal Church in Roslyn NY and Garden City Community Church in Garden City.

A member of Cherry Valley Country Club for fifty years, he was known as an avid golfer and dapper dresser. He was a lover of theater, opera and the symphony and enjoyed wearing a tuxedo whenever he could. In younger years, his leisure time was spent working in and enhancing his gardens, or building something fabulous in his workshop. He loved his family deeply and will be sorely missed.