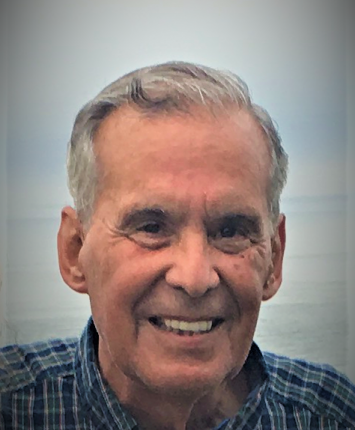 In lieu of flowers, donations to The Michael J. Fox Foundation for Parkinson’s Research are welcome. https://www.michaeljfox.org/donate

Vincent Gerosa, 83, of Garden City, NY and formerly of Manhasset, NY, passed away peacefully on November 20, 2020 while at home with his family by his side.  He was born to Alexander William and Margaret (Tosi) Gerosa on May 18, 1937 in New York City. Vincent grew up in Inwood and after attending Manhattan Prep High School, he entered the Naval Reserve Officers Training Corps at Columbia College graduating in 1959 as an Officer and going on to receive an MBA from Columbia Business School. After serving on the USS Waldron, Vincent spent his career as a sales executive with the New York Telephone Company where he met his wife, Joan (Campbell) Gerosa. He continued to work for NYNEX and Verizon for more than thirty-five years.

Vincent remained active in the Navy Reserves for decades working in Naval Intelligence and retiring in 1997 as a Captain. He and Joan raised their family in Manhasset, NY where they lived for forty years before moving to Garden City. Vincent loved spending time with his family in East Marion, Long Island where he also spent his summers as a child. He was an avid swimmer who also enjoyed fishing, golfing and reading.

He is survived by his wife of 50 years, Joan, his two children, Patricia O’Brien (Michael) and Vincent M. Gerosa (Chris), his five grandchildren, Catherine, Brendan, Caroline, Katie and Vincent Robert, along with his sister, Maria (Gerosa) Bulis, and many nieces and nephews. Vincent was loved by all who knew him.

In lieu of flowers, donations to The Michael J. Fox Foundation for Parkinson’s Research are welcome.

A private visitation will be held at Fairchild Sons Funeral Home followed by a funeral mass at the Church of Saint Joseph in Garden City and interment at St. Charles Cemetery in Farmingdale on November 25, 2020.