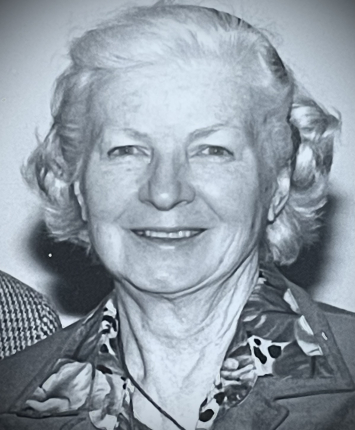 Emma (Mitzy) Coogan passed away peacefully in her home early on the morning of November 23, 2022 with her oldest son Father Robert Coogan by her side. Mitzy was predeceased by her beloved husband Robert in 1996, and her beloved son Bill in 2014, her dear siblings, brothers Andrew and Dr. Theodore Hangarter, sisters Clara Hildebrand and Dorothy McDermott, and their wives and husbands.

Mitzy was a devoted Catholic, and was a parishioner of the parish of the Church of St. Joseph in Garden City from 1964. She raised her children in the certainty of her faith, and was incredibly proud that two of her sons became priests.

As a daughter, sister, friend, wife, mother, grandmother, great grandmother, Mitzy lived in service to the family that she loved. She nurtured family and friends with feasts that expressed that love. She was the gravitational center and heart of her large family, who will take some solace in seeing her in each other’s values, faces, gestures, love and laughter.