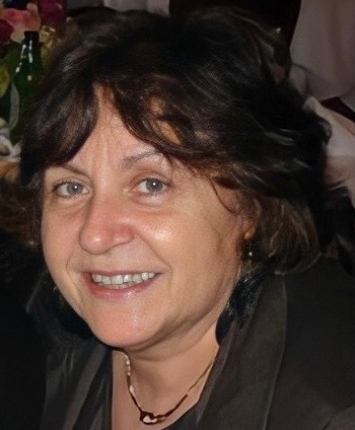 In lieu of flowers donations may be made in Iselia's name to St. Jude Children's Hospital and/or Ovarian Cancer Research Alliance.

On May 4th, in the comfort of her home, Iselia Profeta, age 81, passed away and was welcomed into God’s Kingdom. She was the beloved wife of Ermanno Profeta, whom she shared over 55 years of marriage and true love. Born in the small town of Salle, Province of Pescara Italy, she was the daughter of the late Angiolina and Florindo Salerni. Iselia was a devoted Catholic and her family was her pride and joy. She enjoyed cooking, sewing, taking care of her family, spending time with friends, and helping others. Iselia fought her disease with strength, prayer, and grace and never once gave up the good fight. She will be always remembered as a beautiful, strong, brave, and courageous soul who loved fiercely and unconditionally. She is survived by her husband Ermanno, her daughter Lisa, her son John, her son in law Tony, her daughter in law Donna, and her grandchildren Sarah, Mary, Robert, Michael, and Daniel, as well as her sister Letizia, and her brother Luciano and family. The Wake will be held on Monday May 9th from 4pm to 8pm at Fairchild Sons Funeral Home located at 1201 Franklin Ave, Garden City, NY, 11530. The funeral Mass will be held on Tuesday May 10th at St. Anne’s Church located at 35 Dartmouth Street, Garden City, NY 11530. Memorial donations may be made in her honor to Memorial Sloan Kettering, The American Cancer Society, and St. Jude’s Children’s Research Hospital. In lieu of sending large floral arrangements, Azalea plants (which her name was derived from) would be planted in her garden in her memory.