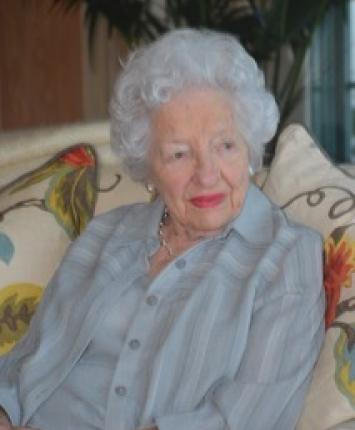 Daughter of Henry and Augusta Mayer, Jeannette grew up in Queens Village, NY.  After graduating from The Scudder School in New York, she worked at Manufacturers Hanover Trust Company where she met her husband, Frederick Harward McGlynn.  Fred and Jeannette were married in 1941 and later moved to Garden City, NY, where they raised their children, Ronald and Nancy.

Jeannette and Fred retired to Stuart, FL in 1975.  Several years after Fred’s death in 1978, Jeannette married Joseph Prentice Sanger.  Prent brought a loving family with him, who remained fiercely devoted to Jeannette for the rest of her life.

More than anything, Jeannette loved her family.  She so enjoyed our holiday gatherings and other times when we could all be together, particularly as she got older.

A private interment will be held at Pinelawn Memorial Park in Farmingdale, NY.