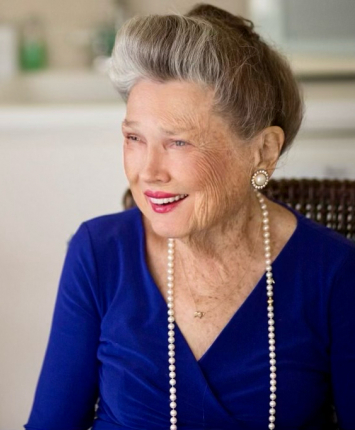 The family requests that those wishing to make donations do so, in memory of Joan Koslow to:

It is with surreal and profound grief, our family shares that our beloved matriarch, Joan S. Koslow, 94, took her last breath on December 17, 2022.

She was born to the late Frank and Angela Swenson, on January 4, 1928, in Brooklyn, NY. She had one sister, Angela Swenson Burke, who was her best friend and predeceased her in 2010.

Joan graduated from the College of New Rochelle and began a career In advertising. It is there that she met her husband of almost 60 years. She married the late Marvin H. Koslow in 1958.

Her talents were many; she was a gifted writer, poet, artist, storyteller, and decorator, loved to bake, and had an exquisite eye for florals and a hilarious sense of humor.

She was a lover of all people. Joan intuitively knew how to be completely present with whoever was in her company and made them feel like they were the most important person in the world to  her…because they were.

Born and raised Catholic, she, in turn, raised her children Catholic. As her children became teenagers, she would frequently say, “I should have joined the Convent!”

Her faith in God was unflappable. Up until the time of her death, she received communion and prayed the Rosary. Joan Swenson Koslow was truly one of God’s greatest gifts to humanity.

We thank you, God, for lending her to us, and we find comfort in knowing she is happy to be HOME with You.

The viewing will be held on Friday, December 23, 2022, from 3-7p at Fairchild Sons Funeral Home in Garden City.