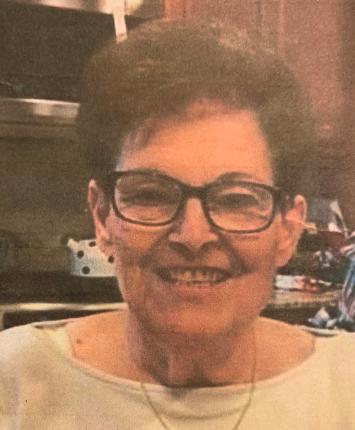 In lieu of flowers, kindly consider a donation to the Scleroderma Foundation at www.scleroderma.org.

Leone- Marianne DeMarco of Garden City NY, passed away peacefully on February 11, 2021. Marianne was an active member of St Joseph’s Roman Catholic Church for 43 years. Born to Julia and Albert DeMarco of Queens in May of 1942. She married Gabriel Leone of Queens in June of 1965. Gabe was a larger-than-life defense attorney and Marianne was a loving homemaker for almost 30 years. Marianne and Gabe raised their beautiful family in Garden City; all three of their children went through the public schools of Garden City. After Gabe’s passing, Marianne joined the work force; she worked at A&S Department Store, FiServe in Melville, and finally at Astoria Federal. While Marianne enjoyed the corporate world, her number one devotion was to her family. She was a fantastic cook and avid Jeopardy fan. Marianne leaves behind her loving family; daughters Annemarie Leone, Dina Moody (Joe), and grandchildren Matthew, Lindsay, T.J., and Tyler, all of Garden City. Her son, Andrew (Meaghan) of Boston, M.A., as well as Marianne’s loving sister Theresa Vranka (Larry) and her niece and two nephews. Mass of Christian Burial will be held Tuesday, February 16th, 10 am at St. Joseph’s R.C.C. Mass will be followed by a private grave-side service. In lieu of flowers, kindly consider a donation to the Scleroderma Foundation at www.scleroderma.org. Funeral arrangements entrusted to Fairchild Sons Funeral Home of Garden City, NY, 11530.