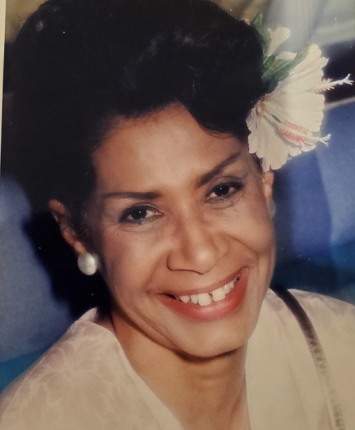 At sunrise, November 28 th 2022 in the comfort of her dwelling with her daughter at her side God
summoned his beloved servant to eternal rest.

Maureen Agnes McAllister Powell was born in Queens, NY on the “day of the angels”, October
2 nd , 1932 to Irving D. McAllister of Illinois and Josephine O. Davis of Richmond, Virginia. She had
one sibling, her adored younger brother “Billy” aka William Henry Carroll McAllister born
January 29, 1934, and the namesake of her only and future son.

Maureen was baptized according to the rites of the Roman Catholic Church on March 5 th , 1936
and remained to the day of her passing an extremely devout Catholic. During her earliest years,
she and her brother were reared by her foster parents, Edith and Frank Cooper and her beloved
surrogate aunt Cora Miller in Brooklyn, NY via placement by The New York Foundling Hospital.
She and her brother were subsequently sent to the St. Joseph’s Home in Peekskill, New York
when care by the Cooper’s ceased and prior to transfer she was taken care of by the Missionary
Sisters of the Immaculate of Mary, a sisterhood started in Belgium and active on the Lower East
Side. Upon discharge from St. Joseph’s at the age of 16, Maureen returned to the Cooper home
and was engaged as a secretary for Catholic Charities under the domain of Cardinal Francis
Spellman. Her brother left St. Joseph’s the following year and enlisted in the Marines where he
died valiantly in the Korean War on March 28, 1953, a Purple Heart Recipient, at the age of 19,
approximately one month before armistice talks began. This would be the pain in her heart that
could never be relieved.

At 17 she would attend a local dance in Brooklyn and by her account gazed into the “softest,
warmest, brown eyes I had ever seen – like chocolate drops!”. They would be the eyes of her
future husband, Wilbert Roger Powell and they married on September 27, 1952 in Brooklyn.
That marriage would last 52 years until the passing of Wilbert and produced two children,
William Roger Powell born in 1959, affectionately known as Bill or Billy and Suzette Gigi Powell
born in 1961 known to family and friends as Gigi. A move was made from Brooklyn to
Roosevelt, NY in 1964 and would remain the family home until her passing.

Maureen and her husband became high profile community leaders particularly within the
Roosevelt School District where Wilbert served as Treasurer at one point and was on the School
Board for many years. They approached these activities as a team with Maureen using her
literary skills and tenacity to besiege Senators, Governors, NYS assemblymen and local
politicians writing them personal letters using the Palmer Method taught to her by the nuns, to
hold them accountable, morally and fiscally for the funding for education for the children of
Roosevelt, known to be one of the most challenged districts in NY despite its location on Long
Island.

Their joint belief in the values of education, hard work, high morals and principals was
manifested in the love, support and nurturing of their own children. As the children of a NYC
mechanic and homemaker, each became Ivy League graduates, Bill an engineer/MBA and Gigi a
physician. Her children were in her eyes her greatest pride, joy and accomplishment but she felt
advocacy for all children was her calling particularly given her tumultuous childhood.

We all knew that the death of her younger brother, the premature death of her son and the
passing of her husband made a broken heart heavier but despite the hills and valleys placed
before her, her love for her family was only matched by her love of the Lord and her Catholic
faith which never failed her.

A sister, a wife, a mother, a friend, a true New Yorker - a survivor.