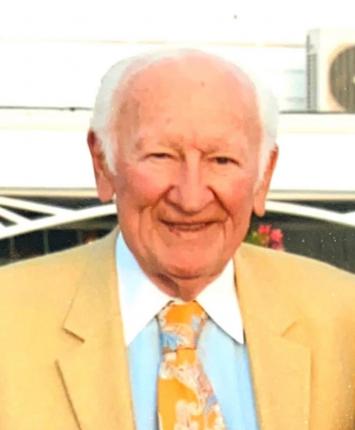 Raised in Bayside, Queens, Warren embarked on a lifelong pursuit of learning. He
loved all academic, intellectual, and philosophical pursuits; was a voracious reader;
and a natural linguist, mastering five languages. While he enjoyed all types of
music, he loved classical music most. Warren was student body president of
Bayside High School before receiving his BA (1952) and JD (1955) from Harvard
University. He joined the U.S. Army after law school and was quickly moved to
the Army Security Agency and then the National Security Agency in recognition
of his strong command of many languages and his brilliant analytical mind. Early
in his 60+ year career as an attorney, Warren practiced law in Manhattan for over
two decades. He then established his own law practice on Long Island and later
became of counsel at Congdon Flaherty O’Callaghan, specializing in estate
planning, wills, trusts, real estate, and general corporate practice. Like his late
brother, Jack, Warren was a strong advocate for racial equality and economic
opportunity, establishing a local Long Island committee for racial equality in
Manhasset, NY. In addition to being a gifted speaker, singer, and dancer, he was
also an accomplished athlete, playing football in high school and college, playing
tennis until a few years ago, and taking up downhill skiing in his 40s. Warren also
entertained many with his quick wit and deep sense of humor. Together with his
family, Warren raised over $900,000 in his wife’s name to support cancer research
by the Cancer Research Institute and Strang Cancer Prevention Institute. Warren
was also a champion of the Arthritis Foundation, serving as legal counsel to the
New York Chapter since 1970.

In 2002, while reflecting on his life and legacy in response to a survey from
Harvard in connection with the 50th anniversary of his graduation, Warren wrote
that he would like to be remembered “[a]s one who really listens to you, in whom
you have confidence, and whose advice you would seriously consider.” He will be
well-remembered as such a person and much, much more. We love you.

Given the current national health situation, the burial service will be for immediate
family only. In lieu of flowers, please consider a donation to KIF1A.org to benefit
research for a treatment of a rare degenerative genetic disorder with which
Warren’s granddaughter Josie was recently diagnosed (kif1a.org/josie). A
memorial service has been scheduled for Thursday, July 23, 2020 at 10 a.m. at St.
Joseph's Church, 130 5th Street, Garden City, NY 11530. A reception will follow.
Please check with the church as the event nears to confirm the date as planning for
summer events remains fluid.